Your Position: Home - Home Garden - Knowledge about siphon toilets and wash down toilets

Knowledge about siphon toilets and wash down toilets 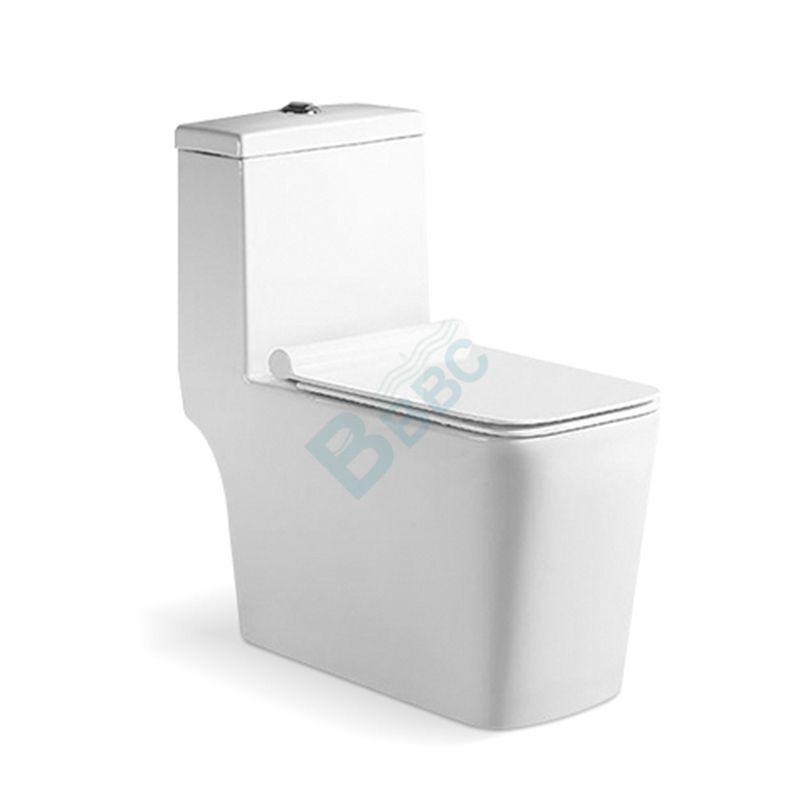 When we're not familiar with how toilets work, we assume it's fair that all toilets flush the same way. But the truth is, they don't. At least not for Americans and Europeans, who frown on the way toilets flush.

While toilet flushing isn't rocket science, it has undergone some major changes in recent years. These changes have allowed toilets to use much less water and dispose of waste more efficiently.

But one thing hasn't changed. That is, water is still used as a vehicle for removing waste. This is because it is still the best and cheapest means.

No rockets, but it's still science

Toilet flushing works by using the power of the flush to push waste into the septic system.

The question, therefore, is how to recreate this fluid energy with the least amount of water. And manipulate it for maximum waste removal efficiency. This would not have happened if the toilet had not been designed from a different Angle.

What is a siphon toilet?

Siphon toilets usually have a long, narrow, inverted "P "or "S" shaped drain. One end is the water inlet inside the toilet, and the other end is connected to the drain pipe below the toilet.

The sewer is designed to create a siphon. And that's exactly how the siphon toilet works.

How does a siphon toilet work?

Flushing is done by pulling the lever or pressing the flushing button. The flush valve then opens to let water from the tank flow into the toilet.

As the water passes through the trap outlet, it displaces the air inside, creating a vacuum. Then, as it flows through a bend (or weir) in the trail, siphoning begins. As you can see from the water in the bowl, siphoning begins when it stops rising and starts falling rapidly.

At its best, siphoning is so strong that heavy solid waste is sucked away with the water. You might see some swirls in a siphon toilet, but it works the same way.

At the end of the flush, you can hear a gurgling sound as the vacuum breaks and siphonage stops. The bowl filled with leftover water and the tank began to refill. Get ready for the next flush.

What is a wash down toilets?

Wash down toilets or European toilets are rare in American homes. As you read further, you will understand why.

The way it works is simple. It uses the weight and gravity flow of water in the tank to flush waste from the toilet. It does not siphon.

In other words, the waste is pushed out by the pure pressure of the water gushing out of the tank. Its short and wide channels allow waste and water to be easily drained from the toilet.

A wash down toilet can easily have twice the diameter of a siphon. It's usually about 4 inches wide, much shorter. And the cofferdam is at a lower level because of its ultra-short path (see picture above). As a result, the water level can never rise above the outlet edge in the bowl. So, you get a small surface area.

Flush toilets are relatively clog-free due to their short, wide openings.

The main reason a flush toilet can't hold a large amount of water in a bowl is that the contents need to be light enough to be easily pushed over. So if you have a heavy meeting, some of the water will be replaced, leaving a skinny waste product to be washed away by the water in the tank.

Most flush toilets have a push-button dual flush system. It has two flushes, one is full flushes, one is half flushes or part flushes. Half flush is usually 1.0 GPF or less, which is useful when you only need to remove liquid waste. Of course, full impact is for the removal of solid waste.

Characteristics of wash down toilets

They are significantly shorter in length (front to back). Modern flush toilets use push-button flushing rather than a travel lever, and they are usually dual-flush. But this is not always the case. Some models still use travel bars, even for dual-flush toilets.

The trap is designed to be wide and short, so waste can easily be pushed over the cofferdam and directly into the drain pipe. Because of that, the water level is right on the edge of the toilet exit. As a result, the surface area of the water is as large as the outlet of the bowl (typically about 4 inches by 5 inches).

Previous: How to Open a Skylight?

Next: Material suitable for the fire pit

Thank you for your message.